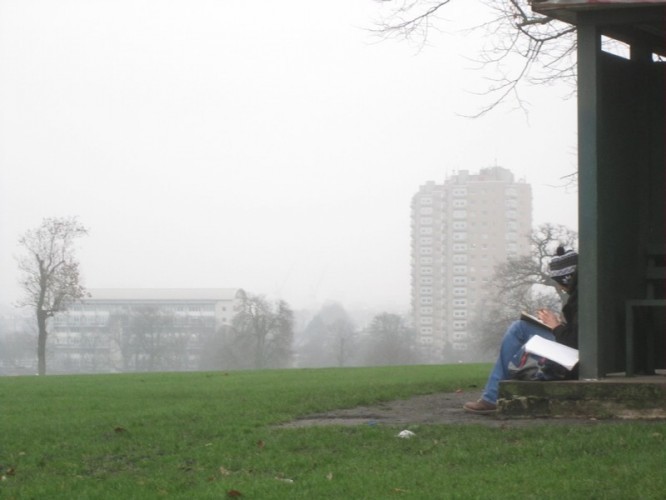 Meh weather, no? A murky Brockwell Park, as snapped by psyxjaw. From the all-singing, all-dancing, technicolour Londonist flickr pool.