Artist of the Week : Sparkadia

By Talia Last edited 107 months ago
Talia Artist of the Week : Sparkadia 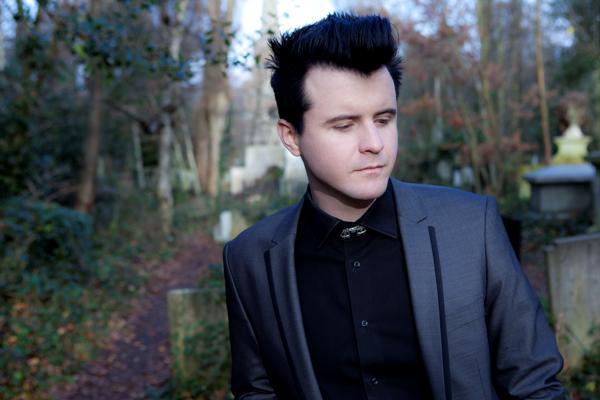 When Sparkadia released their 2008 album Postcards, they were a band making punchy guitar music. Soon afterwards the band fell apart, but singer Alex Burnett decided to keep the name and 'move to East London with wild ideas!' Sound the Dalston klaxon.

Thankfully the music hasn’t gone day-glo but it’s certainly much more pop (just count how many times he uses this word below), a little more musical theatre and first single 'Mary' is almost on the verge of going into a Muse-style wig-out at any moment. We met the man behind our favourite song of today...

Introduce yourself and your music...
Hello. I'm Alex and I am now also known simply as Sparkadia. We were originally a band who formed a few years ago in Sydney. Once we had a collection of tunes we loved, we produced a demo that travelled the world and ended up in the capable hands of Jamie Davis, who ran the indie label, Ark Recordings with another gentleman called Russell Warby. With little need for persuasion, we made our first record, "Postcards" in 2008 with Ben Hillier in London and spent the following eighteen months touring the globe. When everyone dethawed from excessive touring, partying and all the other carryings on that came with being in Sparkadia, the others wanted a break and I wanted it more and in bigger quantities. So without much logistical thought or planning, I left my Sydney life behind and moved to London with a bunch of demos, little money but the idea to record and produce the biggest and boldest pop record.

For those who knew the band - what's changed?
Well apart from the band being more of a solo project, the lyrics and music has grown up I suppose as I have only slightly grown up too. Musically, by not having a band to play with and sometimes pander to, I was given the freedom to say yes to all my musical whims and let the songs be as big or as small as I wished. Similarly, I started playing with gongs and timpanis and went on a bit of a gospel trip and never came back... Don't worry, I had enough self control to still make a pop album as unique pop songs is my passion so for older fans the new record should be a logical progression as opposed to a brutal surprise.

How does your hometown and London differ? What do you miss about home, and what does London have over it?
I grew up in Sydney about five minutes away from the beach. Currently, there is no beach within miles of where I live. I really miss the closeness of the water, the essentially sunny weather, the abundance of nature and space that Australia possesses. The food seems fresher and we definitely have better seafood and Asian food due to the proximity to the sea and all the Asian countries. London, on the other hand, possesses the best pop music writers, producers and interesting pop bands, a much better and evolving nightlife, fantastic pub and football culture, you have better roasts than Australians and a London summer doesn't compare to that of Sydney's as most Australians see the sun all year round!

Whereabouts in London do you live? What's awesome about it?
I live halfway between Tufnell Park and Archway. It's awesome because if I turn right towards Archway most of the shops and pubs are pretty rough and rubbish-filled with old sea captains and mental patients - which keeps it an honest neighbourhood. However if I turn left towards Tufnell Park, there are some posh pubs and cafes where you can have a drink without getting glassed. Tufnell Park is quoted in a few KLF songs, so I'm hoping to bump into Bill Drummond soon.

What's been the most important London location in your career so far?
I would say the area between Broadway Market and Mare St in Hackney. After the tube ride from Archway to Old St and then the 55, I was lucky enough to walk along the river, have my morning coffee at Climpsons and Sons in Broadway Market and use this walk through London Fields every morning for three and a bit months to clear my thoughts and get inspired for the making of the record.

What's your favourite London music venue and why?
I really love Alexandra Palace. The sound was pretty rubbish, but the journey to arrive to the venue was momentous, and the view of London with the stars oput was stunning. I like the grandeur of the building.

Can you think of an unusual London location that would be awesome to play a gig at?
A gig at Piccadilly Circus could be awesome. I saw footage of Roxette playing a Roman piazza at the height of their powers in the early 90's and I think it would be suitable once I was as awesome as they were.

Have you ever busked? How was it?
I busked next door to a posh supermarket when i was a kid. I sung Christmas Carols around Christmas time and made a fortune. I had a decent choir boy voice, but being a cherubic youngster helped my mass appeal. I wasn't very frugal with my money and spent it all on sweets though. Foolish!!!

When can we see you play live next? And what can we expect?
The next show is February 21 when I play the NME awards show at the New Players Theatre where I’ll be supporting Alex Winston. The show will be a pop show with drama, junk percussion, a wild uncanny cover and will hopefully cleanse the most guilty soul. We will also play the best songs off the new record and there may be witty banter depending upon my confidence.

Mary is your new single... what's it about?
Mary was a beautiful but ultimately destructive woman who I was unable to escape for many years. I was in an on/off/on/off relationship with her and the amount of guilt, torment and yet passion and wildness was enough for a lifetime. She tormented me during the day and haunted me at night. I wasn't able to break free of the shackles until recently. The song being released was the final nail in the coffin. That being said,  still am tempted to go back just for one more dose...

What other new London bands / artists should we be checking out?
I really love CocknbullKid. Her old stuff was fantastic and her new album is dope. She's is one of the best lyricists in the UK, if not the best. There's a brand new band called "High Priest" who are the next KLF and beyond.

And finally what's your London secret?
I had a wild night at Boogaloo in North london near Highgate. Shane MacGowan was pouring beers and wearing a crown and Pete Doherty popped his head in. Apart from those two rascals running amok, the DJ was playing tasteful hits of the nineties, the crowd was quite dashing and those three combined made it an unlikely find.

Sparkadia's 'Mary' is out now and you can catch him live on Monday at the New Players Theatre on the NME Awards Tour. Tickets here (£10.39).