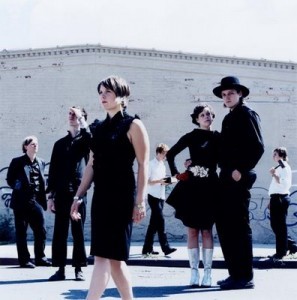 In the week surrounding Hard Rock Calling and Wireless, it's customary for the Hyde Park stage to be home to several one-off gigs. While Kings of Leon take care of Wednesday and Thursday 23/24 June, it's just been announced that Arcade Fire will be playing their debut Hyde Park show on Thursday 30 June. With recent shows at Alexandra Palace and The O2, this is certainly going to be the biggest London show yet for the Montreal group.

They'll be joined on the bill by Mumford and Sons ensuring a right old hoe down, with Beirut and hotly tipped new group The Vaccines completing the bill, although more acts will be announced nearer the time.

Tickets go on sale this Friday at 9am priced at £48 and will be available here.