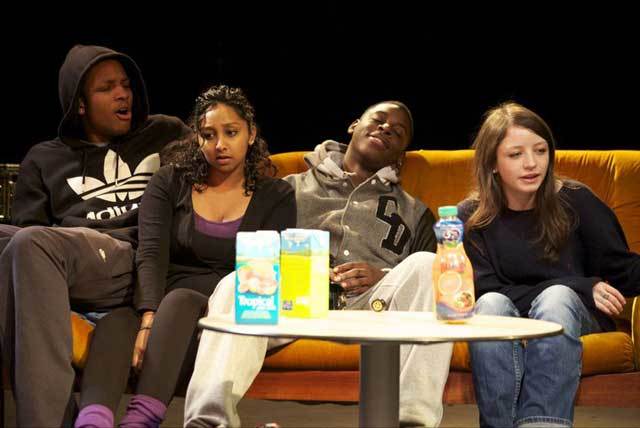 A festival conceived and created by bright things plucked from the 33% of Londoners who are under 25 opens at Oval House Theatre today. The lively line up of film, theatre, dance, spoken word, photography and masterclasses is making us feel a) old and b) excited at the same time:

Add into the mix new work by budding playwrights awarded 33% bursaries plus masterclasses on art as a business, physical theatre techniques, stage combat and poetry and you get some idea of the creativity, drive and potential being incubated in the Oval House Youth Arts Project. We're ready to believe it really is a case of 33% London, 100% talent.

Be teased a bit more by this bitesized YouTube trailer with a snazzy inspirational rap. Er, 'snazzy' rather dates us, doesn't it?