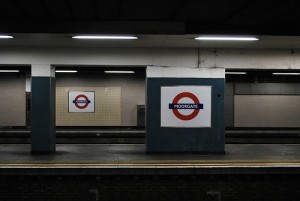 A fire at a building site on Moorgate between London Wall and Ropemaker Street has led to the closure of both the road and Moorgate tube station. Police say the station will remain shut for the time being and are directing commuters to Liverpool Street. The cause of the fire is not yet known but firefighters are at the scene.

Update: the fire is reported to be on the Crossrail site but according to the London Fire Brigade Twitter feed is now out.