Artist of the Week : Talay Riley

By Talia Last edited 115 months ago
Talia Artist of the Week : Talay Riley 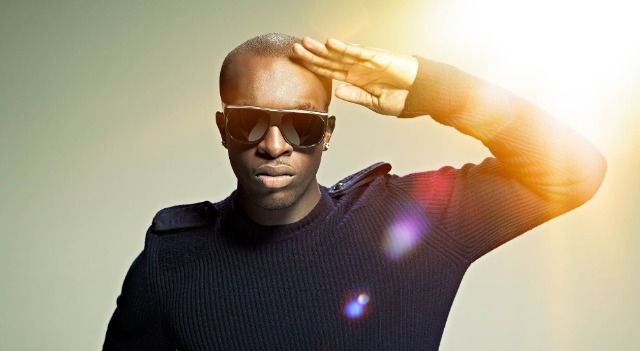 East London's been quite the hot spot for emerging urban creative talent in the last couple of years and set to join the likes of Tinchy Stryder and Chipmunk within that scene comes Talay Riley. Originally an MC in his teenage years, Talay found his knack for songwriting when the first song he ever wrote became Chipmunk's #1 'Oopsy Daisy'. Now he's signed and making his way as a solo artist. We caught up with the boy from Silvertown for an interview to find out more.

Hello Talay, introduce yourself to the Londonist readers...
Hi! I'm a 20-year-old singer songwriter obsessed with music, fashion, dance, movies, and Ben and Jerry’s ice cream! Last year I had a great start in the music industry writing 2 top 10 hits and making a transition from depressed university student/waiter to full time songwriter, recording artist and performer. Not bad right! I've written for huge acts such as Tinie Tempah, The Wanted, Jessie J and Chipmunk, and am now making my own way with my next single 'Sergeant Smash' out February 13.

You're from Silvertown. That's probably a bit of London people don't really know a lot about - what was it like growing up there?
It's by no means Leicester Square! It’s a quite an industrial area, miles away from all my close friends and has this funny smell like rotten eggs, and cat litter - other than that its the perfect paradise which I cant wait to miss when I move out!
On a positive note East London seems to be the home of a lot of fresh talent. I attended school with the lovely Vanessa White (from the Saturdays), Jermaine Defoe, Tinchy Stryder and this really cool new guy Talay Riley.

There's still no Nandos though.

What's your favorite London venue and why?
My favorite venue in London is The O2! Simply because it's like a heart beat away from my house, and every time a big act comes to do a big show there or I have a show there, I get to sleep for ages and leave in the last like 10 minutes and still be on time - it's incredible! They also have a cinema there and loads of nice restaurants so it isn’t bad for a date either.

Can you think of an unusual London location that would be awesome to play a gig at?
I'd love to perform at a stylized scrap yard event. I think some old cars; bikes, toys and bottles would create quite an interesting atmosphere.

Have you ever busked? How was it?
A few summers ago me and my friends were really bored. There was nowhere to be and school was out. Mischief was our only comfort as you could imagine and we all either rapped or sang, on banged on the nearest objects we could find all over London - on the underground, on buses, outside a McDonald’s in Stratford... it was so much fun! It wasn't exactly busking but at some points we did get crowds and a few 10p lodged at us.

When can we see you play live next?
My next London show is on Friday February 4 at The Jazz Cafe. I'm performing as part of HMV's Next Big Thing so it's an honour for a huge store like them to have tipped me for success. I'll also be at XOYO later in the month supporting Mike Posner on tour.

What's your favorite club night in town?
I really like going to a night called Wired in Shoreditch House. It's the 1st Monday of every month and they always have great performances from new and established artists, plus it's free.

What other new London bands / artists should we be checking out?
Natalia Kills. She was on the scene a few years ago as Verbalicious and now has created a new persona and come back with some really great ideas. I think she's like a merge between M.I.A, Nicole Scherzinger and Lady Gaga. I love my pop stars to be creative and she's definitely worth looking up if you feel the same.

And finally what's your London secret?
It might not sound glamorous but London Excel Bridge just before sundown. The view is out of this world. Whenever I want to escape I try and catch a glimpse the London City lights at sundown.

Talay Riley releases his new single 'Sergeant Smash' on February 13. Find out more about Talay at his official website or catch him live on Friday 4 February at the Jazz Cafe.