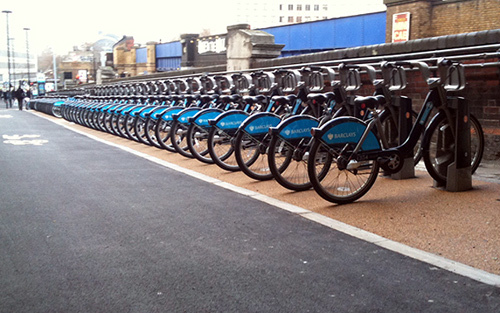 The 'super' station, as TfL have dubbed it, stretches along much of Mepham Street, and was installed after the original stations around Waterloo proved more popular than expected. One nearby station, on Concert Hall Road, is regularly flooded with bikes in the evening rush hour, meaning that Serco were forced to hire large vans to redistribute the bikes.

The huge new docking station (which, as Ian Visits points out, is actually three stations on the official TfL map), will be welcome news for commuters who've struggled to either access or return a bike. However, Serco will no longer be using the van to collect the bikes from Waterloo. Will the new station suffice, or does this presage further chaos for Boris bike regulars?