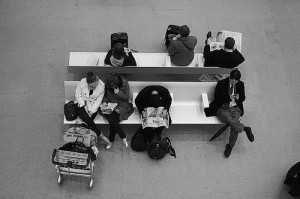 Commuters travelling into London will face some of the highest train fare increases across the board, according to the Association of Train Operating Companies (ATOC). With an average rise of up to 6.8% elsewhere in the country, some tickets on lines into London top even that – commuters from Ashford International will he hit with an eye-watering 12.7% increase. Only last month, tube fare rises were announced for the coming year, making getting into the capital an even more expensive business. The price hikes are being blamed on reduced government subsidies, which leaves transport secretary Philip Hammond facing some tough questions. Photo by AKinsey Foto.