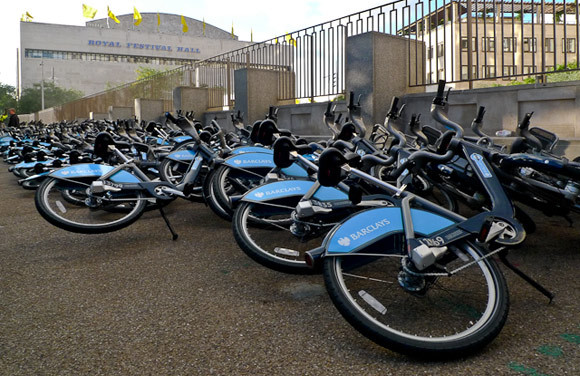 Bikes are piled up after the afternoon rush hour

As we reported in August, the Boris bike docking station at Concert Hall Approach, near Waterloo, is one of most popular on the system, and scenes like the one above are common in the evening, after everybody's dumped their bike en route to the station.

According to SE1 and the BBC's Tom Edwards, work has begun to construct a new super-docking station near the main entrance to Waterloo. The station will be capable of accommodating 124 cycles, making it by some distance the biggest on the network, and It should be completed by mid-December.