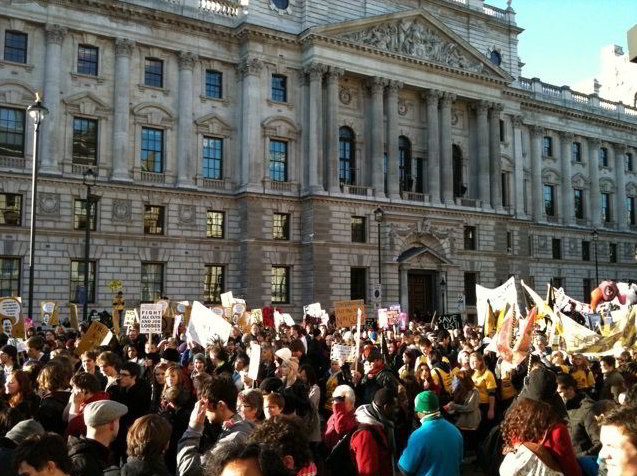 The NUS estimates over 50,000 people are protesting in central London right now. Students and lecturers are marching over plans to increase tuition fees to up to £9k a year from 2012, and remove government funding from some courses entirely. The Guardian's been talking to photographers who think it might be the largest protest in the capital since Stop the War in 2003.

The march started at Horse Guards Parade and has been past Parliament to the rally point outside Tate Britain. Unfortunately, a few protesters got sidetracked when passing Conservative Party HQ on Millbank, smashing windows, lighting fires and occupying the building. But let's not get too excited - the rest of the protest is going off completely normally. Follow tweets with #demo2010 - add your photos to the Flickrpool and we'll have reports tomorrow.