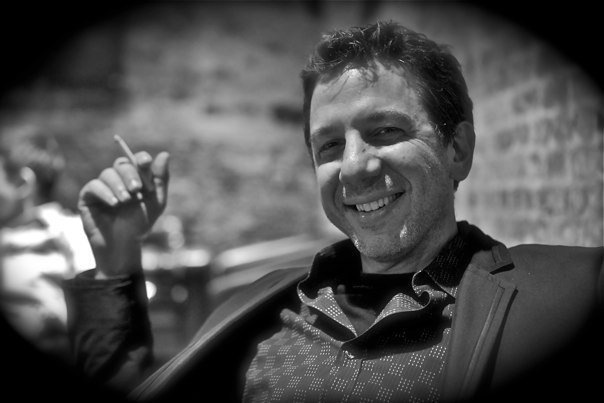 It starts with a call.

The deep, calm voice asks if you're alone. If you are, instructions pour forth on precisely where and when to meet your co-conspirators. And so begins the game-cum-tour experience which is the Menier Chocolate Factory's Accomplice: London, an exercise in immersive theatre imported from our American cousins who have already launched similar experiences in Hollywood and two separate versions in New York.We can't tell you exactly what happens after this point. Along the way, you'll come across cellars, sellers and tellers of tall tales. Everyone and anyone around you could be part of the plot. You will drink, eat and scratch your noggin (though, hopefully, not too much). We can't tell you much more so we shamelessly asked the show's writer/producer, Tom Salamon, to fill us in.Accomplice is already very successful stateside. Why was London chosen as the first non-US location?London always seemed like a great location for us - a walking city, culturally diverse, embracing of alternative theatre, people that are up for it. The London audience who've attended in NYC have always been really great so we knew it'd be a good fit.Why did you choose the Menier Chocolate factory?They actually chose us. David Babani, the Chocolate Factory artistic director, worked with Neil Patrick Harris (Accomplice co-producer) on Tick,Tick...Boom! a few years back. We all met at a dinner in LA, and David expressed interest in checking out the Accomplice show in NY. After he saw it, he flew out to LA, met with Neil and me and thought it would work well with the Chocolate Factory's aesthetic. It turned out to be a perfect match - they come with a great track record, and inspired me to produce something up to their high standards.How did you go about selecting the locations to use as part of the experience?A lot of walking around the Southbank and trying to find interesting out-of-the-way spots as well as iconic locations to use as a backdrop for our story. London certainly has no shortage of charming locations, but it's always a matter of finding places the locals might not necessarily know.What are your favourite London spots?I spend a lot of time on Bermondsey Street in SE1 since I just took a flat in that neighborhood. I was happy to find The Hide - impeccably mixed cocktails - and the Woolpack (pub) and Zucca (italian) in my new hood. And Borough Market of course. As a New Yorker, I've been conditioned to want everything within a five block radius - I have to start venturing throughout London on some explorations while I'm here.How do the London participants from what you've seen so far compare to those in LA and New York?The British audience comes for a good time, which is great start. I think Americans may come with the attitude of "Go ahead...impress me," so we have to win them over a bit. It's funny to watch the British have to come out of their shells of reserved politeness because of the nature of our show. There was a quite buttoned up, posh woman that attended a few weeks ago who ended up rooting through a street musician's 'beggar's bowl' (her words) looking for a clue - he had nothing to do with us. She was mortified but loved that she'd done that. Americans already root through everything so they're not quite so bothered when they do it in our show.Accomplice: London has extended its run into 2011. Tickets and more information for are available here.