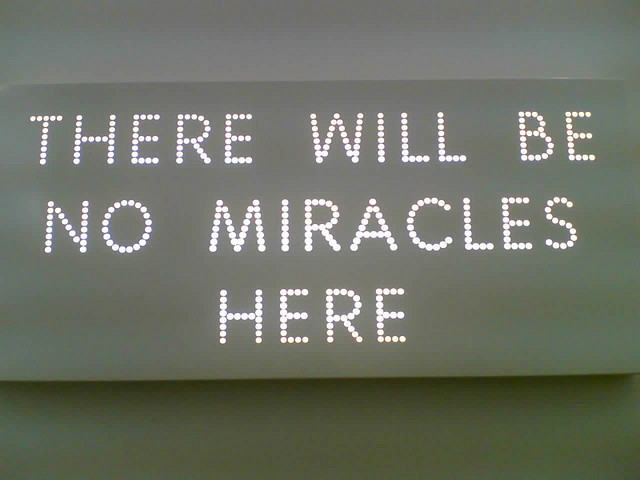 At this year's Frieze Art Fair, artist Jeffrey Vallance plans to employ five mediums to channel Leonardo da Vinci, Jackson Pollock, Frida Kahlo, Marcel Duchamp and Vincent van Gogh in the fair’s auditorium. An art expert, and the audience, will be invited to pose questions about art in the afterlife.

This won’t be the first time Vallance has dabbled in the Fortean; he occasionally writes for Fortean London’s bigger, posher uncle, the Fortean Times, and has researched such respectable entities as Bigfoot, Nessie, the Turin Shroud, the Spear of Destiny and the ghosts of dead American presidents.

How will the dead artists take it? The Evening Standard reports that a “trial session where a medium spoke to Salvador Dali was declared “quite mad” by organisers.”

“After exhorting the medium to “believe in your art”, Dali was claimed to have demanded to know why they were talking to him and declared himself too important for such matters.”

So don’t go expecting a good chat about surrealism and cheese.

Dealing with the dead and interacting with artists are both disconcerting and exhausting pastimes. Cambridge medium, healer and metal bender Matthew Manning, who has been ‘contacting’ Pablo Picasso since the artist’s death, found himself tired out and with broken pens after channeling Picasso.

Picasso has also created posthumous art in London via Brazilian medium Luiz Gasparetto, who went into a trance on the BBC show Nationwide in March 1978. Gasparetto drew 21 pictures - some produced simultaneously with each hand - and worked so quickly that some viewers believed the BBC had sped up the film of him working. He finished with ‘new’ works by Renoir and Cézanne, as well as Picasso. It was Picasso, again, who was the troublesome one, “[He] sometimes used to be violent. If anyone whispered he would throw the paper away.”

So it’s a good job he’s not invited to this year's Frieze.

The Frieze Art Fair runs in Regent's Park from October 14-17.