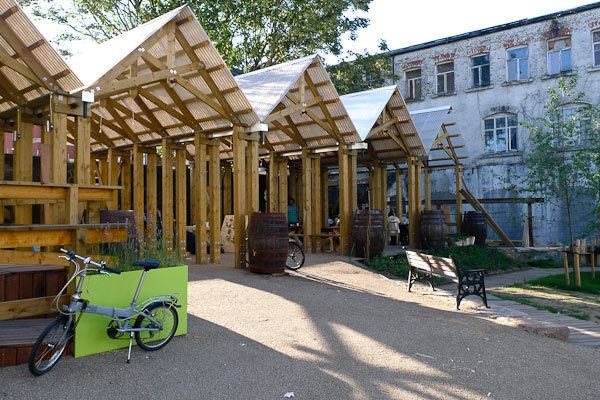 On the same empty site where they built last year's Dalston Mill, architectural practice EXZYT have created the Eastern Curve Garden.Named for the superannuated piece of railway track that once connected services out of Broad Street to the North London line, the garden is a simple affair, with a wooden barn at the southern end beside the entrance, and raised grow boxes extending northwards, an enjoyably bucolic view somewhat spoiled by the garish colours of Kingsland Shopping Centre rising out the back.The garden is open to anybody, and there are a number of events scheduled throughout the year, including a regular gardeners' group.It's but one of a number of interestingly-sited projects happening in Dalston this summer, which also include a rooftop garden and a photography show in a WW2 bunker.Dalston Eastern Curve Garden is at 13 Dalston Lane (entrance just beside the peace mural), and is open from 11am - 8pm daily. Entrance is free.