What Lies On The Bed Of The Thames?

By Zoe Craig Last edited 144 months ago
Zoe Craig What Lies On The Bed Of The Thames? 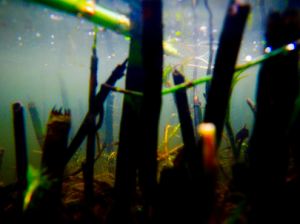 An unexploded V2 rocket from the Blitz? A chunk of Old London Bridge? A micro-Nazi spy submarine? King Lud’s treasure chest? The latest site for a Pret A Manger? A filing cabinet full of incriminating documents from City Hall? The coffin where Ken Livingstone sleeps, awaiting the next time he can reign over London? The Tardis?

These are some of the suggestions for what the mystery object, dubbed a UFO or Unidentified Fishy Object by the Metro, found lying near London Bridge in a scan of the Thames riverbed, could be. Port of London Authority divers plan to swim down to investigate the object but they'll have to do it by touch as the waters are too murky to get a good look at it.

In the meantime, we’re in that wonderful world of guesses and speculation. What is lurking down under the Thames? And what will volunteers doing Thames21 dredge up when they set about cleaning the dirty old man river up this week?

Underwater views provided by Tyla'75 from the Londonist flickr pool.