Museum Of The Month: The Seti I Sarcophagus At Sir John Soane's Museum

By Londonist Last edited 145 months ago
Londonist Museum Of The Month: The Seti I Sarcophagus At Sir John Soane's Museum 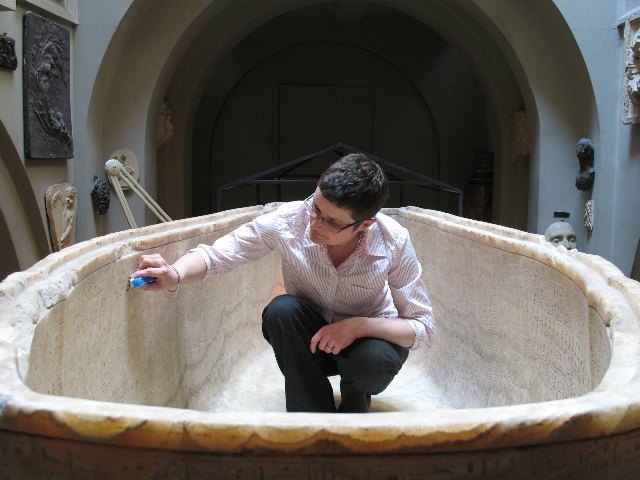 A closer look at one of the key exhibits at our Museum of the Month.

One of the more arrestingly eccentric additions to the Soane collection - which is saying something, being nestled as it is below a gallery of funerary busts and Roman marbles and alongside the real residence of an imaginary monk - is the gigantic sarcophagus of former Egyptian King and all-round household name, Seti I.

The sarcophagus, amicably separated from its wizened, Cairo-residing mummy, is a breathtaking and undeniably Egyptian sight to behold. Carved from a single chunk of alabaster by ancient, patient hands around 3,000 years ago, the once brilliant-white calcite has depreciated a little in the London smog (haven’t we all?) but the intricacies, including a carving in the base of the goddess Nut, are still beautifully visible.

You get the feeling the sarcophagus is a bit of a star attraction - knowing guides are always on hand to shine a torch through the semi-tranluscent walls of the Mummy receptacle while discussing what an excellent bathtub it would make. Soane obviously thought so, too - in 1824, after snatching the purchase of Seti’s death-bed from under the noses of the newly Elgin-marbled British Museum for a mere £2,000, he threw a little three-day party and filled the entire room, including the sarcophagus, with oil-lamps, inviting the cream of the old London crop to come and have a coo.

It’s free to look at, now - you don’t have to be a Lord, or anything - but the museum still throws similarly fashioned fundraising events each year