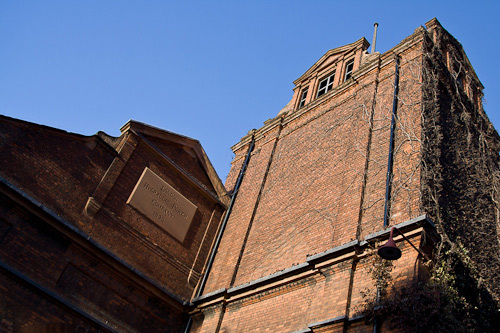 To celebrate its tenth anniversary, the Wapping Project is to host Moonshine Cinema, a month-long season of open-air films, beginning July 30th with Dead Man's Shoes.

The Friday-night Brit film theme continues with Mike Figgis' Timecode on 6th August, Samantha Morton's The Unloved on the 20th August, and Sweet Sixteen on 27th August; the latter will be introduced by the director, Ken Loach.

Meanwhile, Saturday evenings during the season are given over to American classics: Of Human Bondage on the 31st July, Dark Victory on August 7th, Now, Voyager on the 14th August, All About Eve on the 21st, and Whatever Happened To Baby Jane? on the 28th August.

There will be short films shown each night in addition to the main feature. The cinema begins at 8.45pm, with a barbecue from 7pm.

Moonshine Cinema, at The Wapping Project, E1W 3ST. Nearest station: Wapping. Tickets £12 for barbecue + cinema, £7.50 for cinema alone. Not much information about this online (certainly not on the Project's inscrutable website), but tickets can be bought in person or booked by calling 020 7680 2080