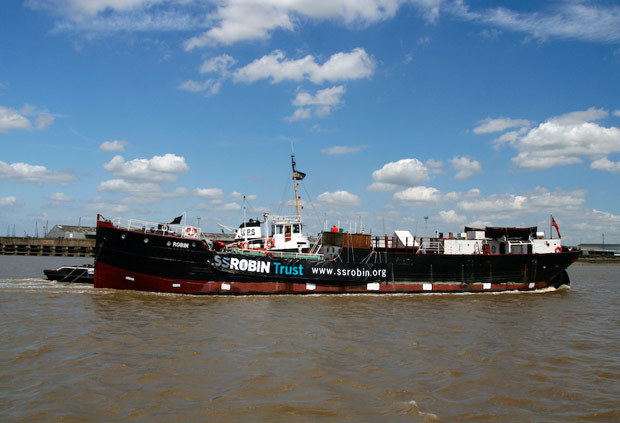 The SS Robin, a 19th century vessel believed to be the oldest existing coastal cargo steamer, will return to London following its restoration in Lowestoft.

The Bow Creek-built ship, which was towed out from its berth in West India Quay in 2008, will be brought back to London on a floating pontoon early this week. The ship will be converted into a floating museum, and the SS Robin Trust are currently hunting for a location along the Thames to moor permanently, with Bankside being favoured. The Trust hopes that the museum will open to the public in 2012.