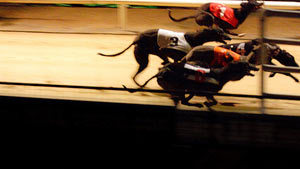 By flipr.uno
Sport runs through Michael Wale’s veins like trophies through Arsene Wenger’s fingers. He played scrum-half for his prep school then got expelled for setting up a bookmaking business. He wrote a sporting column for the Observer and was a presenter on BBC before becoming the LBC rowing correspondent. They had a rowing correspondent? He was also the Financial Times’ first-ever rock critic and is now working on the story of the organic movement in the UK.

Anyway, this Michael Wale admits to having spent much of his early years on the terraces of London’s football grounds. Remember terraces? It was there, rather than sitting in the grandstand, that ‘you appreciate the difference not only in the teams on the field but in the crowds who watch them.’

At Stamford Bridge the crowd is ‘clinically detached’, Arsenal’s ground has ‘an Establishment atmosphere’, while at The Den, headquarters of Millwall, you experience East End rebelliousness and a ‘physical feeling’. He doesn’t go into the specifics of what might cause that feeling or with how much force it was wielded.

For real atmosphere, he writes, head for White Hart Lane, which possesses ‘something of the atmosphere of the old London music halls.’

The previous year’s World Cup victory for England saw an unprecedented level of interest in football outside of its traditional working class support base. Wale recounts the story of how a senior Times executive fell under its spell: ‘A friend switched the television on. I was reading Jude the Obscure for the third time and quite soon I laid it down and before I knew what had happened I’d become so engrossed my tea grew cold.’ It was that exciting.

The ‘66 effect was felt in other strata of society. Twice a week in Hyde Park there were games organised by Alfie author Bill Naughton, Tom Courtney did the same down at Putney, novelist Brian Glanville led his team out in front of the Royal Hospital Chelsea, while at Battersea there was a surreal Monty Python-style game played out on Sunday mornings featuring literary critic Karl Miller, Irish poet Patrick Kavanagh and ex scrum-half, journalist and future horticulturist Michael Wale.

Softball took place in Hyde Park ‘near the site of the old barracks’, which today of course would be the new barracks. That, too, attracted the names of the day including the Beatles’ movie producer Walter Shenson and Phil Silvers Show writer Harvey Orkin.

Wale recommends watching a cricket match at Wimbledon Common rather than at Lord’s or The Oval. That’s how you learn that to the spectator, cricket is more akin to a therapy than a sport. It is ‘like watching the sails on a windmill turn lazily around’. Ah yes. That can hold your attention for literally minutes.

Until 1961, anyone wanting legally to bet on the horses either had to be fairly rich or physically at the course. But by 1967 there were proper betting shops. ‘All you have to do is brush through the plastic strips into the smoke,’ says Wale. Far better to visit the course, although be warned that ‘women find the interval between each race rather tedious.’

London offered plenty of other sporting diversions in 1967. Croquet at Roehampton or Hurlingham, Foxhunting at Enfeld Chase and greyhound racing at White City, Wimbledon and Wembley. If your town didn’t begin with a W, it wasn’t allowed a track.

In town halls and on the stages of suburban cinemas, professional wrestlers regularly battled it out, in their stage-managed, slightly camp way, but ‘there are moments of real rage which set old ladies screaming for blood’.

Darts was a common feature of many London pubs, and the then world champion was a printer working in Covent Garden. Meanwhile, the world’s best snooker players could be seen in Burroughs and Watts Hall, Soho Square (there’s a Coffee Republic there now). ‘With the darkened hall and brilliantly lit table, the smell of chalk and the dull squeak as players chalk their cues, this outwardly calm sport can have an air of high tension.’

Though not, presumably, for Len Deighton, whose preamble to the chapter steers clear of sport altogether to focus on ‘more suggestions for a Saturday.’

First up was the British Theatre Museum in Holland Park Road and the nearby Commonwealth Institute, both now gone. But recently reopened to the public is the amazing Leighton House, a Moorish-style palace built for Lord Leighton. The great blue tiled hall with the fountain has a secret balcony so that the harem could see what the men did. ‘A strange thing for an unmarried English peer to incorporate into his home?’ posits Len. ‘Just wait till you see the rest of it.’

Then it’s off to The London Apprentice at Isleworth for a pint before heading to Syon House. ‘It’s a fine old stately home but I wouldn’t live there if you paid me.’

Fair enough. Where next? We only have the day. ‘Head for Brentford High Street.’ OK, let’seh? In God’s name why, Len?

‘Adjacent to a gigantic gas holder is the Piano Museum’. The museum has since been rehoused and renamed but, actually, still sounds well worth a visit -although the volunteers who run it would probably appreciate a donation greater than the 3s 6d Len recommends.

Speaking of music, Len suggests you round the day off at one of London’s folk music clubs such as Bunjies in Litchfield Street or the Troubadour on Old Brompton Road. They’re worth seeing ‘even if you don’t like music.’ You needed a take-it-or-leave-it attitude to drink as well, for at the time neither club had an alcohol licence. One thing the Troubadour did have, however, was a certain Professor Bruce Lacey, the kind of act that makes you long for a time machine.

Next week, Milton Shulman trains the followspots on London’s theatre in the 60s.

Browse past entries about the London Dossier.