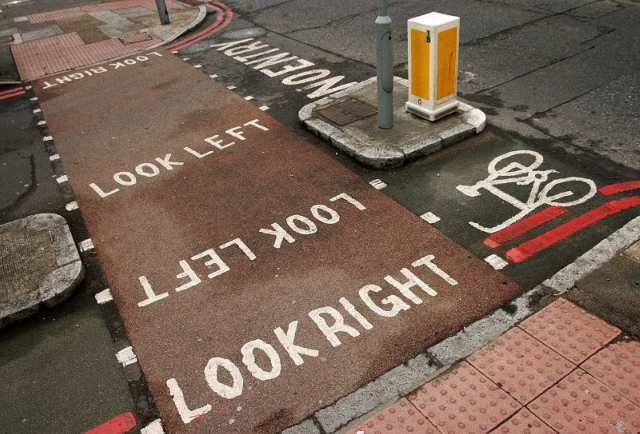 = London road safety as captured by StefZ for the Londonist Flickr Pool - it's not advised to close your eyes and run across this road.

Tuesday - 1st June 1845: A homing pigeon arrives in London, having set off from Namibia some 55 days earlier. Supposedly. Wednesday - 2nd June 1953: The coronation of Queen Elizabeth II takes place in Westminster Abbey. Thursday - 3rd June 1982: Israeli ambassador to Britain, Shlomo Argov, is shot in the head outside the Dorchester Hotel in London. He would survive the attack, but be left permanently paralysed. Three men would be convicted of attempted murder. Friday - 4th June 1762: A newly installed peal of ten bells at St Mary-le-Bow church in the City is rung for the first time to mark the 25th birthday of George III.

A broken heart is a very pleasant complaint for a man in London if he has a comfortable income.