We All Live In A Tesco Wonderland 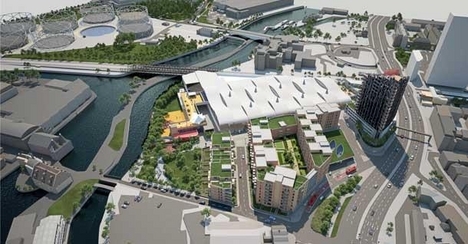 A sobering report in The Times illustrates the immense ambition that Tesco harbours of weaving itself into the fabric of society in this country.

The scale of the supermarket behemoth's proposal is huge. Evidently tired of colonising existing towns by introducing brightly-lit stores on every street corner, they're now planning four 'supermarket-led developments' in south-eastern England: anodyne conurbations with great swathes of housing orbiting the plentiful Tesco moored at the centre. As the Times report chillingly predicts:

The plans raise the prospect of people finding a home in a “mini-village” through the company’s estate agent service, securing a mortgage through its banking arm and fitting it out with Tesco products bought on one of the company’s credit cards.

Good job they're training us all in the Tesco doctrine with those primly-voiced self checkout machines.

In London, the company has major development projects in the pipeline for Streatham, Woolwich, and Bromley-by-Bow. The £160m Bromley scheme recently ran into trouble with architectural watchdog Cabe, who strongly criticised the design (pictured above) on the grounds that "most future residents would be looking out on grid-locked traffic or the roof of a huge new Tesco".

As a dystopian snapshot of a future London, it's an apposite description. The world is a giant supermarket, and we're little more than shrink-wrapped slabs of meat collecting dust on the shelves; we just don't realise it yet.