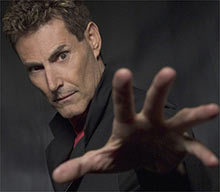 Nathan Penlington's one man show Uri and Me mixes peerless swiping at the absurd spoon bender with a dose of genuinely amazing 'psychic magic'. He pooh poohs divination yet gets a volunteer to accurately dowse for oil, demystifies spoon bending but straightens cutlery with the mental force of the audience. This is a thoughtfully constructed, funny, yet litigation avoiding look at the life and work of a global celebrity phenomenon, replete with graphs and take home bibliography. If he'd managed to include the recent George Lamb BBC 6Music appearance where Geller started broken clocks ticking via the medium of digital radio we might have felt 'psychically energised' and probably would have bought a souvenir bent spoon in the interval. 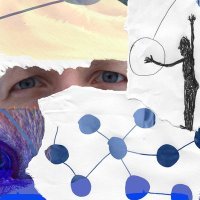 Stuart Silver's premiere of 'You Look Like Ants' is equally thoughtful but operates in a different mode altogether. The question posed by the show is ‘how do we know if we’re spending our time on earth wisely?’ It's a toughie. Ukelele in comedy often indicates we're not but once tuned into Silver's distinctive dead pan spiky performance art monologue, the incidental and not so incidental soundtrack is yet another thread weaving Silver's world around you. It provides pause for thought and a poignant soundtrack as you follow that rabbit, deconstruct physics equations and lose faith in just about everything. Whether it gripped or lost you, the show encapsulates the ethos of the Festival, melding genres - music, comedy, theatre, art - and experimenting, pushing boundaries with words in performance.

Stuart Silver and Nathan Penlington appeared at The Courtyard Theatre, Hoxton on Monday night as part of the London Word Festival, which runs until 31st March.