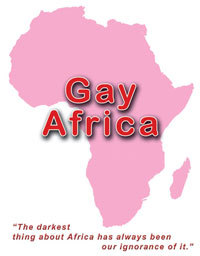 On Sunday the socially conscious will get a chance to have their little grey cells both stimulated and entertained at an event organised in partnership with English PEN.

The evening, titled Gay Africa, will offer a chance to discuss some of the issues surrounding human rights on the continent, following a recent rise in institutional homophobia in various countries.

In Cameroon and Ivory Coast, the press has indulged in witch-hunts against prominent suspected gay men; in Uganda and Rwanda, the laws against gay people are being revised and strengthened (to the point of calling for the death penalty); in Malawi and Senegal, they imprison gay men for holding parties; in Nigeria, they ban all meeting and support for LGBT people; even South Africa, where same sex marriage is legal, is not immune to problems.

About twenty activists, campaigners and artists will try, through discussion panels and performance poetry, to answer some of the following questions and more: How far does the American Christian Right support homophobia in Africa? Is South Africa a shinning example of human rights or special case? Do activists and the media in the West help or hinder African lesbians and gays? How does what's happening in Africa impact on LGBT people throughout the world?

There will also be a screening of two short films: Souljah by Rikki Beadle-Blair and Young Black & Gay by Dean Atta.

The event is free and will take place on Sunday 28 February between 4 and 8pm at Free Word Centre, 60 Farringdon Road, London EC1R 3GA. Find out more here and on the facebook event.