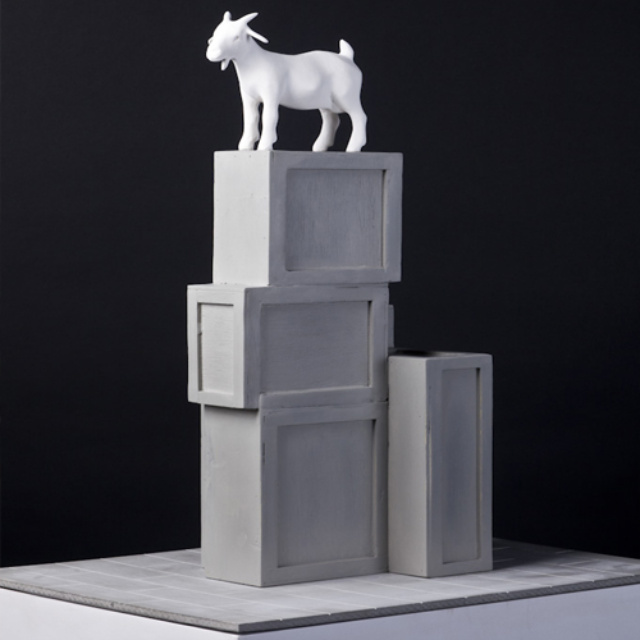 The sculpture design competition for Bishop's Square in Spitalfields has been won by Kenny Hunter's I Goat. Hunter's sculpture depicts the eponymous chirpy cheeky capra standing proudly atop a pile of packing crates, which symbolise the waves of immigration that have settled on the Spital shores over the centuries.The hand-sculpted goat himself, according to the press release, represents "how each successive group of immigrants have faced their own combination of conflict, oppression and poverty". Alternatively, given the goat's gluttony and uncanny ability to eat anything, it evokes the stomach of steel needed to chew your way through some of the more dubious culinary offerings to be found on Brick Lane. I Goat, which has netted its creator a cool £45,000 in prize money, will be in place for 18 months from October 2010. Bets on how long it takes before fresher students at nearby Nido nick the beast and suspend it from their dorm windows can be placed at William Hill.