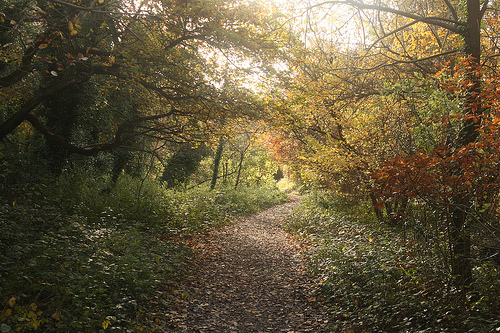 For every sighting reported of a 'big cat', another sceptic appears to be born. They scoff at such reports, stating that large exotic cats could never live in the wilds of the UK. Well, try telling that to Roger Fleming, who, at the end of of 2009 had a terrifying encounter with the so-called 'beast of Sydenham', not far from his home in West Dulwich.

Roger, who works in the city, has always liked to jog of an evening but decided to change his route. This time his night time run would take him up a hill through the local wood. He would be accompanied by his bull terrier puppy, who, rather frustratingly, kept on breaking free of his lead, and so Roger decided he would have to tie a knot on the dog's back to keep it restrained.

It was a dark night as Roger bounded up the hill. Halfway up he noticed once again that the dog's leash has loosened and so bent down to tie it up. Looking down hill he became aware of an object which at first he took to be a large fox, which had emerged from the undergrowth and stood on the path. Concentrating on the lead Roger looked downhill again and got the shock of his life. Staring back up at him was an enormous black cat resembling a 'panther'. Suddenly, it began to run towards Roger.

In sheer panic Roger urged his dog to move and then sprinted up hill, but as Roger glanced back over his shoulder, he noticed the 'beast' was hot on their tail, and closing. Roger, despite his fitness, was tired with terror. He told me: "I'd pretty much given up, thinking this cat was going to kill me!"

As Roger reached a bend on the path he realised he had no chance of escape and turned to face the prowler. It had vanished.

Relieved, Roger ran home, his partner wondering why he was late, Roger settled down, shaking, and still clutching the dog, explained how he'd escaped the local beast, a creature that he'd only heard vague rumours of and laughed at. But now, he wasn't seeing the funny side. And once again, the elusive creature had appeared, but like all large cats, had slipped into the shadows out of sight.