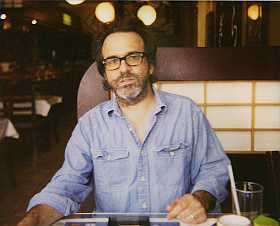 Any fans of country tinged indie at a loose end tonight would be wise to head on up to Islington to check out former Scud Mountain Boys and Pernice Brothers mainman Joe Pernice perform a rare solo set at the Union Chapel. The show is in support of last year’s solo album, “It Feels So Good When I Stop”, a collection of covers which forms a “soundtrack” to accompany his novel of the same name. Fans can expect a curious bunch of songs from Sebadoh’s “Soul and Fire” to, err, “Chim Chim Cheroo” from Mary Poppins, and no doubt he’ll find time to squeeze in a few Pernice classics too.

Support is from Astrid Williamson. Tickets cost £15 and are available here or on the door.