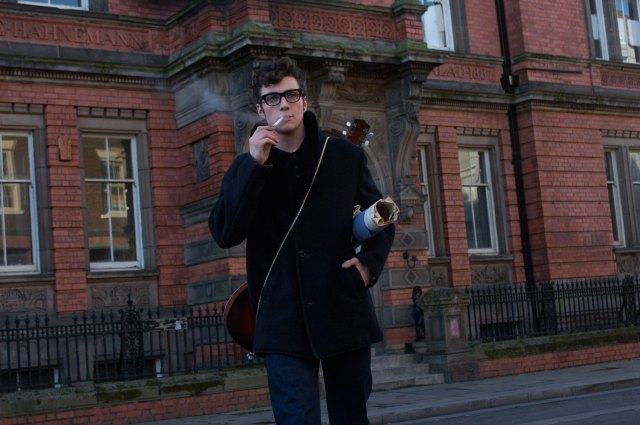 Our weekly round-up of cinema reviews

Sherlock Holmes, London's most famous detective, is back - reinvented by Guy Ritchie as "a rock-and-roll roué resembling a young Keith Richards. He is an inveterate drug abuser and lives in decadent squalor" (Telegraph, 3 stars) - clearly then, Robert Downey Jr is perfectly cast. By his side, in a somewhat homoerotic pairing, is Jude Law's Watson, battling the satanic Lord Blackwood (Mark Strong). It's "an erratic but hugely enjoyable slice of hokum. It captures the stink, the pomp and the inventive zeal of Victorian London" says the Standard (3 stars), while Empire (3 stars) remarks that even the plodding plot doesn't really take away from "a lightweight, capricious buddy picture". For anyone worried about the damage the mockney geezer could do, the Times concludes "Ritchie's Sherlock Holmes is a riot. The director takes on a British institution with a swagger and a wink and the result is boisterous and unabashed fun" (3 stars).

Honestly, you wait - um, some time - for a film about a revered Englishman and two come out the same day. Nowhere Boy is the young John Lennon's story, growing up with his Aunt Mimi (Kristen Scott-Thomas), discovering his mother (Anne-Marie Duff) and rock n roll. "More Douglas Sirk than Walk The Line or Ray, Nowhere Boy is a tug-of-love melodrama" thinks Empire (3 stars); the Times agrees that while it's "not the most daring or experimental piece of work you'll see, it is warm, involving and very human" (4 stars). "Aaron Johnson gives a perfectly decent performance as Lennon, and if he seems a little out of his depth - well, maybe that's because Lennon himself was out of his depth at this stage in his life" is the Guardian's take on what most critics point to as the slightly weak heart of the film, as the Independent declares that "if the film feels a little too indulgent... I'd argue that Lennon earned the indulgence" (4 stars).

Re-released for the first time since 1949, The Queen of Spades now comes with an introduction by Martin Scorcese. You can see why he might be drawn to a shady story of selling your soul for the secret of winning at cards. "Set in enshrouding gloom and wobbling candlelight, the story develops a morbidly exciting grip (Independent, 4 stars), and though it "doesn't quite match the claustrophobic perfection of Gaslight, it's the next best thing" according to the Telegraph (4 stars). Although the "dialogue is creaky... and many of the performances are hilariously over the top" the Times gives it 3 stars for its "fascinating snapshot of British cinema past".

My Father My Lord is described by the Guardian as "inexpressibly sad, and... intelligent, severe and austere in equal parts" (3 stars). Israeli director David Volach's film about an Orthodox rabbi with unyielding faith has been around for several years - perhaps Boxing Day wasn't the best choice? The Telegraph calls it "a loving but also bruised and anguished evocation of growing up within an ultra-orthodox Hassidic community in Jerusalem" (4 stars), but the Times finds it tedious: "this is arthouse cinema at its least inspired" (2 stars).

Next week: Hugh Grant and Sarah Jessica Parker make a stunning departure from form as a bickering couple in Did You Hear About the Morgans? and Tokyo Story gets a new outing.