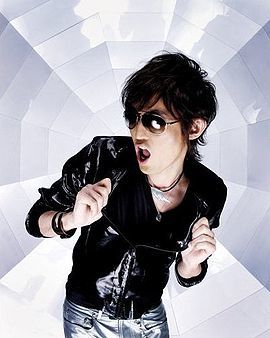 Last night we went to check out the J-pop mega star Suga Shikao play his first ever European date at the ICA. While we weren't entirely sure what to expect, we decided if we were going to find out more about J-pop, this was probably the best place to start. After all, each of his 12 albums have charted in the Top 10 in Japan.

The experience overall was a bit surreal, and in many ways it felt as though we had been transported to Japan. The gig started off slowly, but as the musicians warmed up and became more comfortable with their surroundings, it quite quickly became clear why Shikao has been so successful.

Bringing together a fusion of Funk and Jazz with electro influences in a uniquely Japanese way, he is often described as the Japanese take on Prince and Sly And The Family Stone. His husky vocals propelled by a rhythm section well schooled in all things funk resulted in an unprecedented sound that broke all the rules of pop music that we are used to here in the UK. While watching Shikao's performance it became very clear that these talented musicians were playing with various genres and making music that they loved. By the end of the night we must admit that we were dancing along with the rest of the crowd, and had discovered a new found appreciation for J-pop.

Japanese pop fans have a lot riding on Suga Shikao, as they see him as an ambassador of Japanese music. However it was obvious that the big question on everyone's lips was, will he be able to succeed in the UK and western markets with the language barrier? While we can't answer that, Shikao is a great entertainer and performer, and hopefully that is something that can transcend any language.