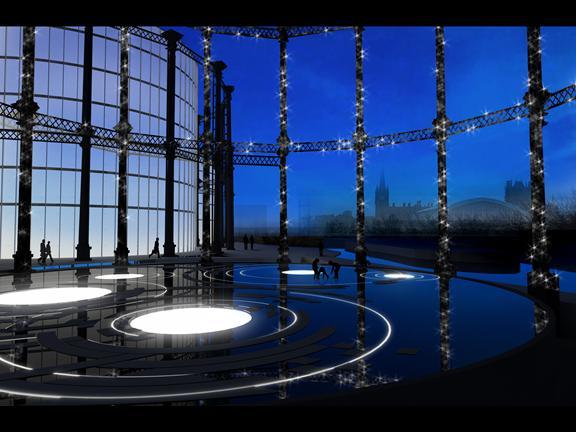 Okay, bad news first: the winning project for the planned re-vamp of Kings Cross Gasholder No. 8 has been announced, and it's not the giant playground. Bah.

That said, the winning idea doesn't look half bad. Bell Phillips & Kimble's 'event space' has an amphitheatre and a rooftop reflective pool that, in the designer's vision at least, complements the cerulean dusk over St Pancras. Work on the superannuated structures, which are Grade II listed, should begin in 2011.

All eight shortlisted designs are on show at New London Architecture until December 4th.