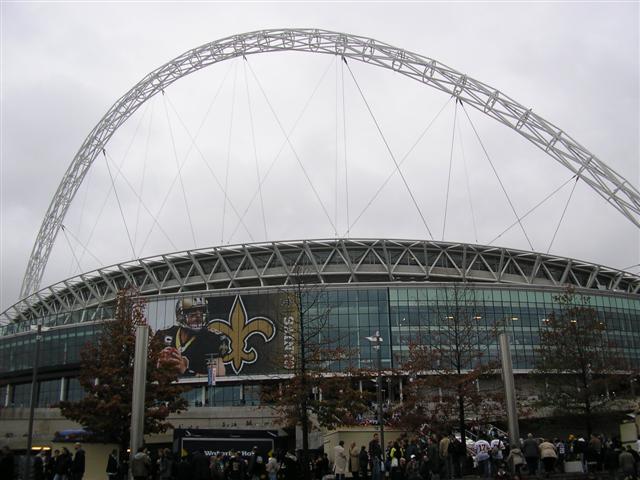 The Tampa Bay Buccaneers, without a win so far this season and with players absent due to on-field and off-field injuries, probably aren't looking forward to 'hosting' Tom Brady and the New England Patriots at Wembley who posted a record-equalling victory last week. Nevertheless, NFL fans in London are enjoying the build up to the International Series game this Sunday, and will be celebrating all weekend.

For Patriots fans in the UK the Sports Cafe will be the place to be on Saturday night, with a pre-game party featuring special guests and door prizes, while Bucs fans will be around the corner in the Texas Embassy. Both sets of fans will have earned a drink or two, and one of them will have won bragging rights after their International Series Touch Football match that morning, at Rosslyn Park (or somewhere nearby), which will be covered by both local and trans-Atlantic media.

And that's before we even get to game day... no doubt fans on both sides will be hoping for a contest as exciting as last year.

Contact the fan clubs if you'd like to join them for the pre-game parties, and if you check ticketmaster you might still find a ticket for the match on Sunday.(Image author's own: Wembley in NFL-mode last year)