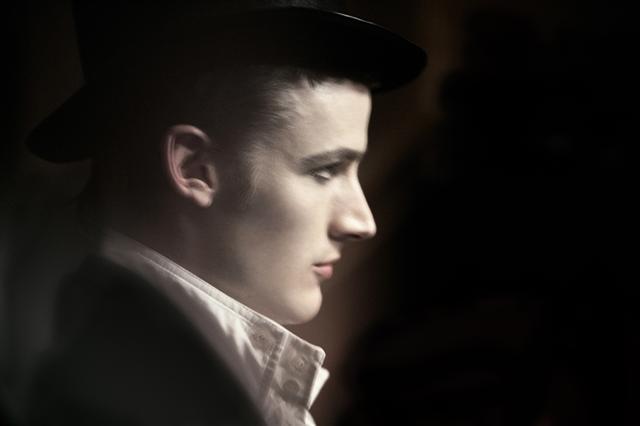 The Royal Vauxhall Tavern's Hot August Fringe has been running all month, providing a South of the river alternative to the Camden Fringe. It draws to a close this Friday, so we popped in last night to catch Dusty Limits' return to London after a stint in Edinburgh.

With a voice that easily easily ranges from Janis Joplin's gravelly lows to Portishead's highs, Dusty is a fine proponent of Neo-Weimar cabaret. This show, riffing on the theme of decadence, covers the usual cabaret bases of booze, drugs and sex, and also manages to squeeze in a few numbers on religion and politics. The piece inspired by Huntington's "The Clash of Civilisations" was a particular highlight, managing to be both depressing and hilarious at the same time. The crowd were clearly loving it, and Dusty closed by showing the crowd a little love in return.

You can catch the final viewing of The Picture of Dusty Limits tonight, or a range of other shows running until Friday at the RVT (map). Tickets are £7 (or £10 including food). And if the shows aren't sold out, you can arrive early or stay late to enjoy the other performances on the same night - simply drop some money in the bucket.