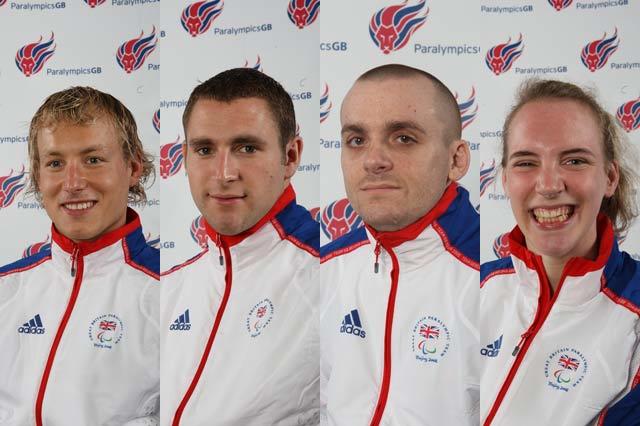 Time flies by when you have the world's two greatest sporting events - the Olympic Games and the Paralympic Games - heading your way. It seems only yesterday that London knocked out Paris to win the bid, and now we've had the Beijing Games everyone's asking - just what will London be like?

Today marks exactly '3 Years To Go' to the day of the Paralympic Opening Ceremony, so we thought it's a good moment to have a look at a few of the Londoners that we hope will be leading ParalympicsGB out there on the field of play in 2012.

Dervis has become one of our leading hopes in the pool. For him, two life-altering moments happened at once - he was affected by a sight disability, and then took up elite swimming - and so began a new life for this Hackney resident and London Fields Lido regular. Now a four-time Paralympian, Dervis had left the sport to focus on his studies, but was inspired to return to swimming after hearing London had won the 2012 bid.

Tom is already a Paralympic champion in rowing since his original spinal injury. Right now, Tom is in Poland defending his world title. He originally trained in Docklands. Dedicated to his sport, and loving the freedom on the water, Tom trains alongside Olympic medalists in GB Rowing.

Andy captains GB's wheelchair rugby team, a sport which he's played since an initial rugby accident. The team fought valiantly in Beijing and secured an agonising fourth place. He's on record saying that Beijing's Games "totally blew Athens out of the water". He lives in New Eltham, London, about 10 miles from the Olympic site and can't wait for 2012.

Sophie has won heaps of equestrian medals now, but is still a young athlete. Currently a student at Royal Holloway, she is a two-time Paralympian who won bronze in Athens and was a gold medallist in the team event (an event that GB won for the fourth successive year). She's also secured an individual gold and individual silver medals. Her mantelpiece must be chocca.