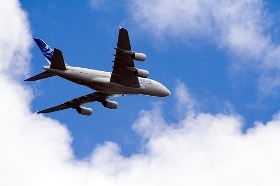 The enterprising souls at Oxford Airport, about eight miles outside Oxford, have hit on a clever ruse. They're renaming it 'London Oxford Airport', in the hope of attracting gullible travellers by associating it with our beloved capital. .

Clever stuff, you may think. All this hullabaloo about a third runway at Heathrow, or a Thames Estuary Airport solved in the stroke of a pen. Thank goodness for rebranding!

However, it's more than sixty miles from London, it’s local guide lists nothing within the M25, and it’s the most transparent marketing ploy since, well, claiming Stansted Airport is in London.

Londonist wonders how many Eastern European stag parties will arrive shortly on budget airlines, confused when they are told that there are no cheeky cabbies waiting to whisk them to the Ritz, and they will have to make do with the Oxford Travelodge, or a two hour coach journey?