Epicurienne is this week's blogger, a dedicated documenter of London's food - and the world cuisine on her travels. As well as selflessly eating on our behalf, she includes a splash of London transport and weather and general commentary to top up this lovely London blog. 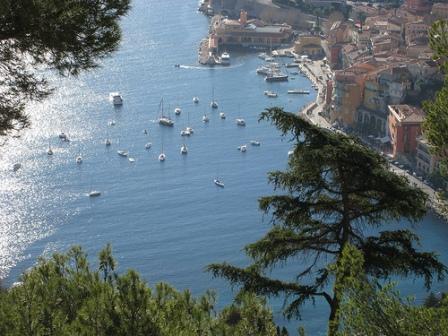 Tales of travel and culinary adventure in London, Paris and Auckland (and the places in between).

I’ve always been one of those people who suffers irrational panic attacks if I don’t have a notebook and pen with me at all times. For that reason I wouldn’t last a day in the Big Brother house. I’ve been keeping journals since I was about nine years old, mostly filled with jottings about travels and restaurants and recipe ideas and inspirational quotes A blog seemed like the logical next step to take.

London full stop inspires my blog. I love the melting-pot atmosphere and the fact that if you can’t be it/ wear it/ try it on the streets of London, then you might just say it’s impossible. I particularly appreciate the fact that it’s possible to eat a different cuisine from a different part of the world every night of the month if you were really so-inclined. And I love the parks and green spaces all over London. Come rain or shine they’re a great place to go and observe Londoners and visitors to London, undertaking all manner of activity from picnicking to roller-blading or sitting quietly under a tree with a book.

What’s been your favourite cause, series or post on the blog?

I thoroughly enjoyed writing about our travels in Malaysia, which earned me a few fans in that part of the world and an interview with the Malay Mail, and you don’t have to ask me twice to write about Italy. But my favourite ever post has to be the video entry I made for the London Bloggers’ Meetup competition stating why I deserved to win a ticket to Blog08. I promised to wear big, wooden clogs to the conference, which someone obviously decided to test, because I did in fact win. And yes, I wore big cow-pattern clogs to the conference, earning me more than my fair share of odd treatment, but I’m pleased I did it.

Tips I can share with wannabe clog- wearers are 1. take them off before taking stairs OR take out comprehensive medical insurance before attempting to go up or down any number of steps. 2. they’re very warm. 3 wear thick woollen socks to make them really comfy. 4. they’re completely waterproof and 5. they make great pot plant holders when you get home.

What are your 'last supper' essentials if you had one day left to eat in London?

This is a really tricky one. I think if it were my last day in London, I’d go to Borough Market for breakfast, taking whatever was seasonally available for a snack. Needless to say, I’d take a tonne of photos to remember it by, and probably splurge on a few culinary bits and pieces for my new kitchen cupboard, wherever that might be.

I’d probably lunch somewhere Asian, like LiKo in Lisle street, where the tempura noodle bowls are fantastic value and you really get the feeling of being somewhere completely different from London, which is one of the reasons I like it so much. If my bank balance was looking really healthy, I might be persuaded to go to Nobu. But the main event of the day would be dinner. I’d invite our friends over for a big raclette buffet with asparagus and new potatoes, garlic button mushrooms and sweet vine tomatoes, with some fine French charcuterie courtesy of Monsieur, Epic’s herby chicken fillets and some crusty sourdough bread from the Hammersmith Farmer’s Market. I guess my last day in London had better be in May, given how much I love asparagus! The raclette would come from La Fromagerie in Marylebone, and I’d ask the nice chap at Nicolas to supply a few bottles of his driest Provençale rose to wash it all down. I have a tendancy to make myself hungry when describing food. That would be right now.

Would you feel more or less connected to London, or missed out on things without your blog?

I’ve lived in London for 15 years now, so you might say there’d be something wrong with me if I didn’t feel connected to London by now. However, the blog has made me feel a greater connection to London through extending my London-based community.

It also makes me think twice about things we take for granted as Londoners, which can be of interest to readers elsewhere in the world.

In my earliest blogging days I found out about the London Bloggers Meetup Group, run by the most welcoming self-confessed marketing blagger Andy Bargery. Through the Group I have been lucky enough to meet a lot of London-based bloggers, which is definitely helpful when most of the people you might get to know through a blog live miles away. The LBM Group gives a sense of reality to writing in the ether.

As for the rest of the world, I have had the great good fortune to ‘meet’ a group of regular readers, who give me a kick up the backside when necessary, are also funny, supportive and intelligent folk. I count them as friends and they live as far afield as the States, Japan, Australia and Paraguay.

What’s the most underrated thing about London?

It might sound crazy but in my opinion the weather is the most underrated thing about London. Why? Because when the sun shines, even if it’s just for a few hours, it transforms everyone’s demeanour from grumpy to friendly. Admittedly, it can be too grey, too cold, too wet, too depressing at times, especially in the winter, but even that’s good because it means we don’t take the good weather for granted. Ever. Even the heavy snow in January seemed to unite neighbours as they moaned about not being able to get to work, whilst secretly enjoying building their snowmen and igloos.

And for some general London chatWhere do you live and why do you love it?

I live in Maida Vale, which neither Monsieur nor I knew very well before moving here. It didn’t take long to convince us that it’s a great place to be in London, though. It’s handy for getting to the West End and has good connections to most parts of London. It’s not far from Paddington. It’s leafy in summer with hidden communal gardens where we can picnic. There’s a great sense of community. On Guy Fawke’s Day there are some fantastic fireworks displays in the area and at the end of a rough day at work, it FEELS like home. There are some great pubs in the neighbourhood and people are as friendly as I’ve ever found them to be in any part of London.

At our tube stop there is one London Underground employee whom I swear must be the happiest man in their employ, writing silly messages on the whiteboard each morning to cheer us on the way to work, and Little Venice is a picturesque place to visit - with canal cruises to take with visitors and decent eateries with water views. Right now, I couldn’t imagine living anywhere else in London, although now I’ve said that, we’ll probably find ourselves on the move.

My favourite place in London would have to be around the river. At lunchtime I sometimes walk down to the Thames near Hammersmith, where I work. There’s always a tonne of interest going on down there - rowers in training, people walking their dogs, runners, pub-goers, interesting places to eat, strange buildings The river gives a sense of openness. When entertaining visitors to London, it gives a lot of options. I love walking along the various sections of the South Bank, be it in Battersea Park or past the Tate Modern, or hanging out at Butler’s Wharf, or taking photos of Tower Bridge, or having a pint by the boats at St Katherine’s Dock There’s the wobbly bridge to cross, strange river traffic to watch, not to mention the wonderful views of the city, including St Paul’s and the Gherkin. If you want to invite me somewhere, just make sure it’s on the river and I’ll be there, bells ringing loudly.

What do you know about London that noone else does?

I once met a woman whose husband fell seriously ill quite out of the blue. He went into a coma and the doctors were quite certain he wouldn’t come out of it. The woman had heard about the Tyburn Convent at Marble Arch, going there each day to pray for her husband. He subsequently made an astonishing recovery, encouraging his doctors to write about it in medical journals. They couldn’t explain it. Everyone called it a miracle and the woman has no doubt that that’s exactly what it was. So if you’re ever in the honest need of a miracle, I would recommend visiting the Tyburn Convent, which is dedicated to the Catholic nuns who were hanged during the Reformation on the site where Marble Arch now stands.

No, thankfully I have never been sick on the tube, as in physically lose my lunch all over someone’s Jimmy Choos. I’ve felt faint in summer and claustrophobic on sardine days and certain armpits have made me gag at times, but luckily I’ve always made it to my stop without having an Exorcist moment. Having said that, as I was thinking about this question, I overheard a guy on the street chatting to his friend about having vomited on the tube the night before. That made me chuckle.

Nope, I think that covers it. Thank you for asking me to do this interview.