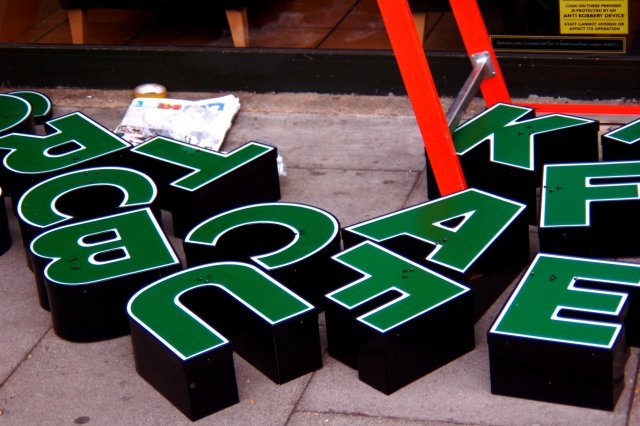 Non-news story of the day concerns a Californian software engineer, known as ‘Winter’, who is being described by the press, somewhat predictably, as a “man on a mission”. Whenever we read those words we tend to suspect that the ‘mission’ may be somewhat whimsical in nature, and this is no exception - Winter’s quest is to visit every branch of Starbucks in the world. Having covered more than nine thousand branches over the last 12 years, he is now touring the UK and Europe in an effort to tick off a few hundred more.

He spent much of the last week visiting Starbucks branches across Ireland, where his travel log would suggest that he was suffering a unique form of transatlantic culture shock:

I was disappointed to find that every single Starbucks bathroom that I had seen in Ireland and Northern Ireland had a warm air dryer instead of paper towels. Great for the environment, perhaps, but lousy for washing my face, or, more importantly, my ass. While I could not shower, I was determined to keep my few pairs of briefs as clean as possible by washing my ass after wiping. In the absence of paper towels, I had to use toilet paper, which is not great because it falls apart easily when soaped and wet. Furthermore, drying my ass with the warm air dryer is tricky, especially with the ones that turn off if they don't sense movement. Even worse, at the Antrim location, the dryer didn't even work, so I had to walk out of there with the unpleasant sensation of a wet ass. Bah!

Bah indeed. And so to London. Winter arrived here on Saturday, and immediately set about ticking off branches in west and southwest London, hampered somewhat by weekend tube closures. We don’t yet know whether he has managed to visit the UK’s first ever Starbucks on King’s Road. At 8:15 this morning, according to his travel log, he had 67 London branches yet to visit, and smelled a bit “gamy”.

By all accounts, Winter’s trip to Europe is part of an extended annual holiday. He spends about three months a year on his ‘Starbucking’ travel, visiting on average 20 branches a day and drinking one cup of regular coffee and taking a photo in each. According to The Times, Winter has “mild obsessive-compulsive tendencies”, doubtless not helped by his daily consumption of dozens of cups of coffee. Time to switch to decaf, perhaps?

UPDATE: 'Winter' has taken some time out of his hectic 'Starbucking' schedule to answer a few questions for us - read our interview with him here.