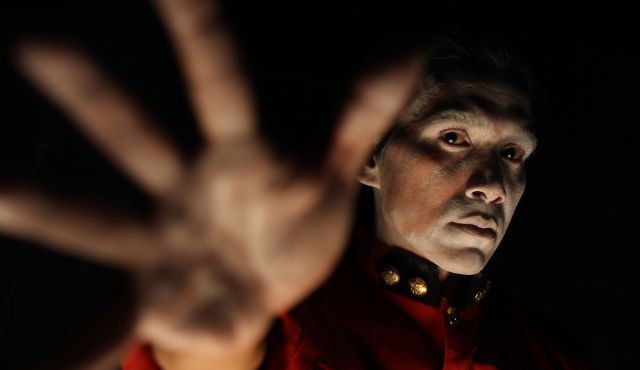 Intercultural multi-media theatre company Border Crossings has organised Origins - Festival of First Nations, a programme of First Nations Creative Art. First Nations is the term the participating artists have chosen for themselves, as the peoples indigenous to countries colonised by the West: New Zealand Maori, aboriginal peoples of Australia, Canada, the US and Pacific Islands all feature. The festival is a mouth-watering mix of theatre, film, talks, comedy, storytelling and ceremonies - we're particularly excited by the opening ceremony on Monday 4 May at The Scoop by Tower Bridge which will be performed by Maori group Ngati Ranana alongside Native American Responses and Elders.

Get booking for Taki Rua from New Zealand at Soho Theatre, a theatre piece about the Maori Battalion in second world war Italy, and Almighty Voice and His Wife from Canada at Riverside Studios, a play about 'accidental martyr' 19th century Saskatchewan Cree Almighty Voice. There's also Salvage from the US, about Native American culture in contemporary America and Windmill Baby from Australia, a redemption piece about an old Aboriginal woman returning to the cattle station that was her home 50 years previously, both at Riverside Studios.

The film list is equally impressive, showing in the British Museum, Ciné Lumière, Riverside Studios, and the Cinema at Birkbeck College. There's too much to list here, but highlights include The Land Has Eyes from Fiji which contrasts the lush landscape of Fiji with the stifling conformity of its culture, The Waimate Conspiracy from New Zealand which is a 'mockumentary' on Maori land rights and If The Weather Permits from the Arctic, a look at how traditional practices and culture can survive in the modern world.

Workshops, talks, storytelling and ceremonies make up the rest of this festival and are definitely worth a look. You can't help but have your horizons expanded.