By NeilA Last edited 162 months ago
NeilA The Saturday Strangeness 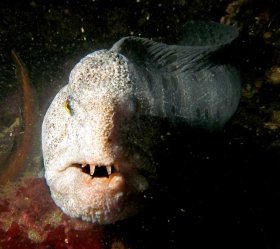 Whilst trawling through several old, decrepit and dusty books for research, I happened upon Buckland's Curiosities of Natural History from the late 1800s. In it he mentions a tale that would make us folk squirm.

Buckland speaks of how goldfish were once a species confined to a Chinese lake before they were transported to Europe in the 17th century. He writes:

When they were cleaning out the basins of the fountains of Charing Cross, I asked the foreman if he ever found any fish at the bottom, when the water had been drawn off. He told me that sometimes goldfish were found and that he imagined they got there out of the glass globes of men who go about the streets selling goldfish, and who come to the Charing Cross fountains to change the water. During this operation, a goldfish or two might easily escape; or, if the glass bowl got broken against the side of the basin the pool would at once become well stocked.

Goldfish are certainly not a problem but Buckland goes on to mention the possibility that eels inhabited such fountains. Now, take a visit to Trafalgar Square and you'll often find, especially in the hot weather, people dipping around in these fountains. Imagine the horror of bare-feet touching eels!

Some four years ago I bought in Hungerford market a quantity of small eels, and taking them home, placed them in a large tub; but they did not thrive, so I tied them up in a handkerchief and transferred them to the Charing Cross basins.

Buckland heard no more of his eels until a friend mentioned that he'd read a newspaper article about several large eels being found in the waterways. The press suggested they'd been escapees from the market and instinct had attracted them to the nearest water, being the fountains.

So, the next time you think about cavorting in one of London's frothing fountains, be sure to check for eels winding their way towards you.