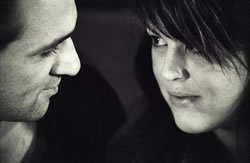 Another week, another string of gigs around London. This week's big ones include Tina Turner at the O2 on Wednesday, and Franz Ferdinand at the HMV Hammersmith Apollo on Monday night. Surprisingly, there are still tickets left for Tina Turner (priced at £50 - £100 each), but none for Franz.

For the smaller stuff, you might want to check out Longview at the Borderline on Tuesday. Think Coldplay, think Starsailor, and make 'em a bit dreamier and you're halfway there. Tickets are £8 each. For your dreamy quotent you might also want to check out Psapp, who are most well known for doing the theme song to Grey's Anatomy, playing Cargo on Wednesday - tickets are £7 each.

For those of you who prefer stuff that's a bit louder, rockier, maybe check out Amon Amarth, the Swedish Death Metallers who play the HMV Forum on Monday night - tickets are £18.50 each.

We're well served for comedy rock too this week, with Detroit "Gay Bar" / "Danger High Voltage" stars Electric Six playing the Barfly on Thursday - tickets are £15 each. Justin Hawkins (of Darkness fame) plays the Islington Academy with his new band, Hot Leg. Tickets are £13.50 each.