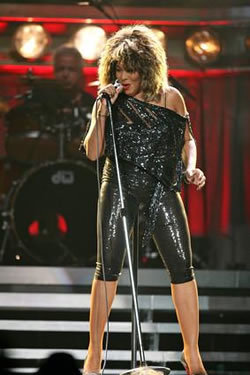 The big gigs of this week are undoubtably Tina Turner's two night stand at the O2 on Tuesday and Wednesday evening. Both shows have some seats left at (a rather expensive) £75 to £100 each.

However, if that's not your sort of thing, or you simply don't have £100 to spend on a seat, you may want to catch one of the other two big gigs happening this week, which are likely to be like marmite to many people. You will either HAVE to catch Fall out Boy or the Ting Tings, or will be avoiding the O2 Arena and Brixton Academy like the plague on Thursday and Friday respectively. Tickets are sold out for the Ting Tings, and a few seats are left for Fall Out Boy at £26 each.

Looking for something a bit more lowkey? Something from some hot up-and-coming young things? Then maybe check out hardcore punks and Wichita Records' new signing The Bronx on Wednesday evening at the Electric Ballroom in Camden - tickets are £13.50 each. Alternatively, for a chance to relax your ears a bit from the aural bashing they'd take from The Bronx, maybe check out Fanfarlo at 229 on Thursday evening. Tickets are £7 each.