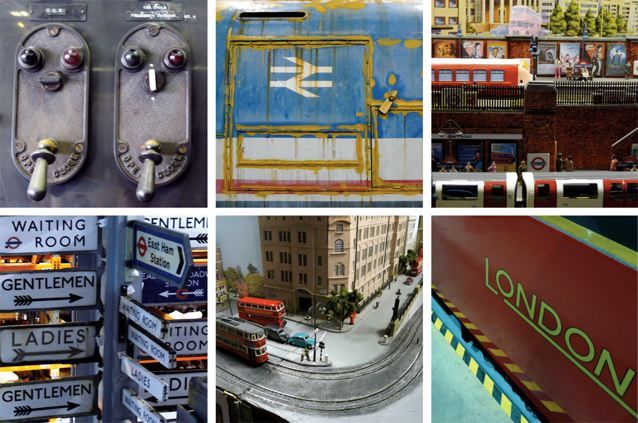 London Transport Museum held another Flickr Scavenger Hunt on Saturday 8th March 2009 as part of the London's Transport in Miniature open day at the Museum Depot in Acton. For tube and train buffs there was plenty to see and do; as well as the usual museum attractions there were also lots of stalls selling everything from books and old timetables to metal signs and model trains.

Jane went along to the Scavenger Hunt as our Londonist representative and spent a mad afternoon as part of Team Feltham, one of five teams charging around the depot in a quest to find and photograph the answers to 20 cryptic questions and numerous other picture clues. Extra points were also awarded for snaps of items such as timepieces, found faces and fire buckets. Some questions were frustratingly difficult. Other clues might have been easy to work out but the photographic evidence was often hard to source.

Somehow, Team Feltham managed to win and the sweets and goodie bags were handed out. Luckily, we didn't have to make an acceptance speech.

It’ll be a few days before everyone who took part gets around to loading up all the images that were taken on the day. Jane’s already loaded up her own shots so go and check them out and get voting and commenting on your favourite ones. It’s also quite interesting to see how different people photograph the same things

Some of our other friends have already written their own accounts of the day: Ianvisits and Going Underground.

More of Janes photos and observations can be found on her blog and at Flickr.