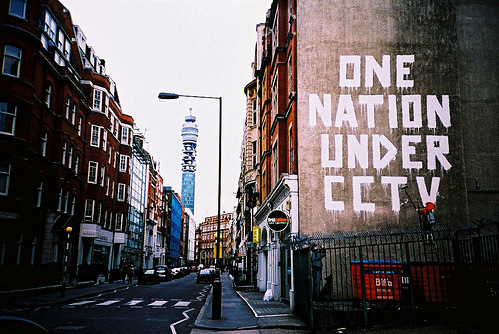 The Banksy daubing just north of Oxford Street is not long for this world. No mindless act of vandalism for this graffito, though - instead, Westminster City Council have decided that the mural will be removed in order to "send a message" to the city's urban scribblers (yeah, that'll work).

Displaying a remarkable want of aesthetic curiosity, deputy council leader Robert Davis sneered at the mural's appeal, positing the question: "what is the difference between this and all the other graffiti you see scrawled across the city?" Answers in the Comments, please.

Still, there may be a stay of execution yet - nobody can quite figure out who owns the wall, located on Newman Street, and until ownership is established, the council cannot take action. Get down to Noho and see it while you still can.