This week we've been branching out from the usual pop and rock, catching Alim Qasimov Ensemble & Kronos Quartet at The Barbican's Ramadan Nights festival. We also caught "brutal-cum-technical death metallers" Nile at the Underworld, and introduced Polly Scattergood, and caught her live the very next day. If you're looking for something different to do on Monday (29th Sept) night, then maybe check out Olie Bryce? Finally, for those of you with journalistic yearnings, maybe you want to join Team Londonist music? 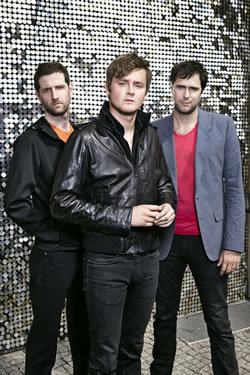 Looking ahead to this week, and Monday night sees arena sized bedwetters Keane play the Q Awards show at The Forum, with support from Mystery Jets. As you can imagine, tickets are long gone, but if you can't go to that why not go and catch Siouxsie at Koko? Tickets are £25 each, and she'll be on at 8:15 as it is being filmed for a DVD release reportedly.

Stevie Wonder continues his stint at the O2 on Tuesday night, (tickets are £55 to £65 each) whilst former Suede frontman Brett Anderson plays Shepherds Bush Empire (tickets are £18.50 each).

Sugababes play the Forum on Wednesday night as part of the Q Awards series of gigs this week. Tickets are still on sale at £25 a pop.

Thursday night sees Razorlight play the Forum, with support from the marvellous Kid Harpoon. Tickets are £25 each. Alternatively Pete Doherty plays Hackney Empire with some of his "friends". If you want tickets, the venue box office is the way to go.

For Friday night why not pop on over to the O2's new venue, matter, to catch Simian Mobile Disco? Alternatively for something a bit louder, perhaps check out DragonForce at the Astoria for the first of two consecutive nights with their power metal anthems. Tickets are £16 each.

Photo of Keane comes from their myspace profile.