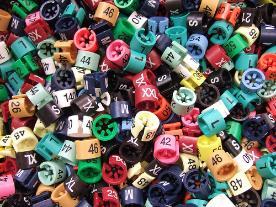 Last month the Londonist brought you the news that the British Fashion Council (BFC) had decided not implement a recommendation from the independent Model Health Inquiry to issue models with a health certificate to verify that their body mass index (BMI) is healthy. This would have meant that models with a very low BMI, which signifies an increased risk of eating disorders, would be banned from working at London Fashion Week. The BFC's refusal to implement the recommendation means that ill, extremely thin models will be able to work on the catwalks next week. No one will regulate their participation.

In the lead-up to the capital’s fashion extravaganza, when glam fashionistas and bottles of mineral water descend on London in their thousands, we bring you a series of posts discussing the ‘size zero’ issue and an industry that is tightening its grip on a vulnerable working population. First off, we talk to London Assembly Member Dee Doocey, a passionate advocate of the Model Health Inquiry and its recommendation to ban size zero models from the catwalks of London Fashion Week.

Hello, Dee. First of all, could you tell us why you feel so strongly about this issue?

I got involved in this issue because I am very concerned about the effect of using very thin models on the catwalks. Not only is there extreme pressure on the models, as well as a huge risk to their health, but also on very young girls to lose weight and compare themselves to ultra-skinny women. There are one million individuals with eating disorders in the UK, and only 10% are receiving any treatment.

There is a misconception in the modelling industry that clothes look better on extremely thin women, and no one is prepared to challenge the status quo on this. It’s all about money and image – and the British Fashion Council will do whatever the designers want. They are frightened that certain designers and models won't come to London Fashion Week, and that they'll lose money.

Why is it so important that London takes a stand on this?

Something doesn’t fit with the issue. On the one hand, the mayor has a duty to look after the health of Londoners, but on the other hand this issue is being ignored by many people in the industry - magazine editors, bookers, designers, and advertising agencies. This is why it is so vital that London takes a stand.

People talk about New York and Paris as fashion capitals, but London always been a place where raw talent comes to the fore and young designers are given a chance to prove themselves. Young designers are not as worried as the bigger designers about disrupting the status quo.

Why are the younger, up and coming designers more likely to be in agreement with the recommendation to ban size zero?

The younger designers are more independent; they have less feathers to ruffle if they challenge the way things work. For the more established designers, there is more to lose. If the top fashion editors, designers and so on say ‘I want size zero’ then that’s what they’ll get, and no one is prepared to challenge that. Even some of the top designers would agree, but it seems that no one is prepared to be the first person to rock the boat – everyone is too frightened. The thing is, we have never been about big names in London – we’ve always produced great talent in a grassroots sense, and that’s why it is so important that we take a stance on this. Madrid and Milan banned size zero models in 2006. London should be leading way on this issue.

The BFC at first said the recommendation was ‘eminently sensible’, but then seemed to change their mind. What accounted for this U-turn?

Once again, it’s all about money. Hilary Riva [chief executive of the BFC]’s open letter to the industry outlined unhappiness about the recommendations from a few individuals - certain designers, casting agencies, buyers and so on. There would be models who couldn’t be used during Fashion Week, and this would certainly upset some parties. However, the independent Model Health Inquiry lead by Baroness Kingsmill was extremely thorough and took six months to complete. It took a large body of evidence from across the industry, from models, bookers, designers, health experts and so on, and what was highlighted was the vulnerability of professional models. The BFC heard whisperings that implementing the recommendation from the inquiry would not be well received, and backed out. Asking these people if they want the recommendation is like asking a turkey if it is happy about Christmas - if its not in their interests, of course they will not agree.

The BFC protested that the recommendation was not workable in a practical sense. How do you respond to this?

I think its rubbish. There are ways of implementing the model health certificate, if there is a will to do this. It could be managed - I think it’s an excuse, and it’s because no one is prepared to be brave enough to be the first to take this route.

Do you think that’s what the models want, too?

I do, actually. Even Kate Moss is now coming out and saying she was under a lot of pressure to maintain a certain body image – I think these girls are very vulnerable, and under a lot of pressure. When I was working in fashion in the 90s I remember being backstage after a show, and there was champagne and sandwiches and so on and one model looked at the sandwiches and said ‘just imagine having a sandwich’. I find that very sad, and totally unacceptable.

Do you think the modelling world is particularly hard to regulate?

Yes, I do, there is a lot of resistance to change. But someone needs to make a stand, and I do think there is enough will to make a difference, as long as someone is leading. Everyone in the industry has a mother or a sister or can put themselves in the shoes of these individuals. Everyone is concerned about the long and short-terms issues - anorexia can cause infertility and osteoporosis; bulimia can lead to heart failure and rupture of the stomach. We are talking about young girls at an extremely impressionable age, who have to face up to the ‘ideal’ of impossibly thin women. We are living in a culture that produces bras for ten years olds, for god’s sake. The cost of doing something now would save us a lot of problems in the future.

The London Development Agency gave a large grant to the BFC on the grounds that the inquiry happened and that the BFC followed the recommendations. Is there now a chance they may take away this funding?

The previous mayor [Ken Livingstone] agreed funding should be conditional on the BFC following the recommendations. I will address the new mayor, asking him to withdraw the funding to the BFC unless they comply with the recommendation. I am hopeful the mayor will realise his remit to look after the health of Londoners, and that if he doesn’t do something, London will be missing its chance to lead in the fashion world. Young people are so vulnerable, and if we take this lead, I strongly believe other fashion capitals will follow.

Dee Doocey addresses Boris Johnson tomorrow (Wednesday) at the Mayor’s Question Time, which is open to the public in the Chamber at City Hall. London Fashion Week runs from 14th-19th September.

Look out for our next post later in the week, when we talk to Eleni Renton, founder of ‘ethical’ model agency Quintessentially Models.

Image from sooperkuh's photostream under the Creative Commons Licence.