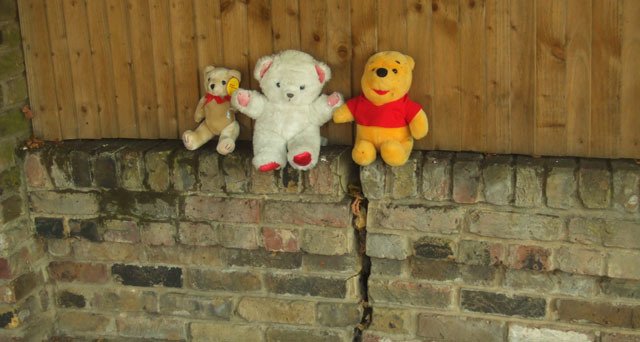 Previously on Leave No Bear Behind, we lamented the plight of the homeless teddy bear on the streets of London. As children's playthings grow ever-more sophisticated, the humble teddy is increasingly forced into a vagrant, undignified lifestyle. Last weekend, we encountered this cuddly trio sharing a wall near Burgess Park. With arms akimbo and beseeching eyes, they tug at the heartstrings of passers-by, hoping against hope that somebody will take pity and carry them back to a loving home. These littlest of all hobos face an uncertain future and need our help. Send in your pictures of abandoned ursines so we can build up a clearer picture of this most tawdry of phenomena.