Where Have All The Good Men Gone?

By Craigie_B Last edited 161 months ago
Craigie_B Where Have All The Good Men Gone? 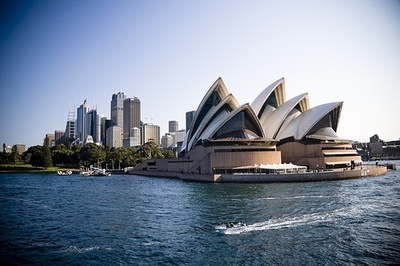 One of Australian newsrooms' favourite stories is the reported 'Man Drought' in their country.

No, this isn't traditional Ozzie men getting a collective thirst on for some Victoria Bitter, but rather a growing demographic shift in the population. Australian women now outnumber their male counterparts by 100,000.

Why is this happening? No one is sure, although one theory often-quoted is the tendency of young Ozzie men to travel and then work overseas (almost all of them in London bars, it sometimes feels to us). So australian women get well-educated, move to the cities for good jobs, earn higher salaries - but then have few men around them. Most males are either languishing in rural areas or have scarpered overseas. One Queensland town boasts 23 men for every 1 single female, so we hope it has a vibrant gay scene rather than just a lot of scowling blokes.

What does all this mean for London? Well, for one thing we attract huge numbers of Australians here. 607,000 of them visited last year, spending £335m in our economy and some will stay to work. This presumably helps address our own - even more marked - demographic gender imbalance. The census shows that Londoners are made up of 3.7 million women and less than 3.5 million men. Unlike Australia, women here dominate every age group from 20 years' old and upwards.

So maybe attracting extra young australian men helps plug that gap. 'Where Have All The Good Men Gone?' To London. Now chuck us a VB.