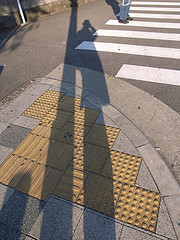 In episodes 29, 30, 31 and 34 I chronicled various cases pertaining to phantom assailants, ranging from the bizarre to the sinister. From dress-snippers and buttock slashers to cat-rippers, and now, without further ado I'd like to introduce you to another asylum of weirdos who've plagued London's streets as mystery assailants and irritants.

The first odd-bod on the list is the 1975 spectacle thief, who, during his brief reign of quirky terror, concentrated his mystifying attacks in south London, particularly Thornton Heath where on 22nd July The Daily Mirror reported on the peculiar acts. On the 4th January 1976 The Sunday Mirror commented that police were closing in on the phantom snatcher, who in three months had whipped glasses from more than eleven short-sighted women. One victim, a fifteen-year old girl was the only witness able to give a description of the assailant but no arrest was forthcoming. Five more women, all Asian, were also swiped of their glasses but on these occasions the thief wore a black plastic bag on his head or a cardboard box!

The Evening News of 5th April 1976 reported that possibly the same person had struck more than thirty times around Croydon, Norbury and Norwood and in '77 the thief had become more aggressive, often said to punch or slap his victims, and in one incident held a knife to a woman's throat. At the time a police officer looking into the case commented, "He must have a drawer full of spectacles at home.Heaven only knows what he does with them."

Hat, scarf and even slipper snatchers were on the prowl throughout the UK in the '70s and the panic had even spread to the USA. Such cases echoed that involving London tramdriver John Pitman who in 1924 was arrested for slipper-snatching. After being caught in the act he commented, "I don't know why I did it. I am very sorry, I am married."