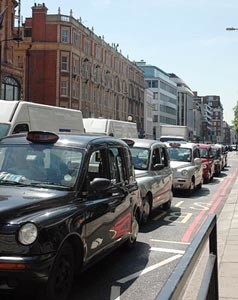 Tolerance, cultural diversity, liberal attitude… none of these are concepts traditionally linked with London’s black cab drivers. But new figures released by TFL reveal that a drive to recruit more cabbies from ethnic minorities has been a great success – with a third of current applicants for The Knowledge coming from a black, Asian or other ethnic background.

This new, multicultural taxi force is the result of a prolonged campaign by TFL to attract a less Essex-centric range of people to take The Knowledge. And the road shows, information books and other recruitment drives have evidently had the desired effect.

Not that there isn’t still a long way to go: of the 25,000 licensed cabbies in London, only 1,300 are from minority ethnic communities: a percentage that is surely reversed in the minicab trade. Women, too, are under-represented – with only 400 licensed as black cab drivers in the capital. But it can only be a step in the right direction.

Whether our new all-inclusive taxi fleet will be any more willing to drive south of the river after 10 pm, however, is quite another matter…

Photo courtesy of Buzzsnap’s Photostream under the Creative Commons license.