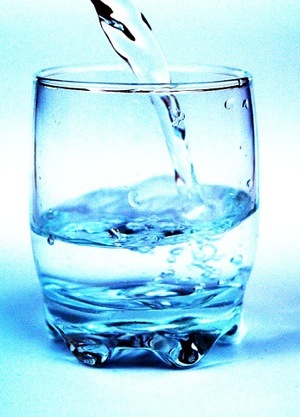 It's official - London's tap water is apparently the best in the country.

Who'd have thought it? We've all absorbed the marketing of bottled water ("ooh, it's filtered through mountains") and assumed that water from Buxton and elsewhere in the countryside would be better than a glass of 'Eau de Londres'.

But apparently not. An independent (but Government-funded) regulator has just published its latest annual water report and it ranks a glass of London's finest as the best in the country for "safety, appearance and taste". This despite Thames Water being whacked with a whopping great fine only last September.

We're understandably chuffed. But we're also intrigued by a couple of things:

1) One of the facts that's meant to impress us is that "almost 99% of tests on 168,000 samples taken from Thames Water customers' taps last year met national and European standards." So, er, what was wrong with the more-than 1%? That's over 2,000 samples. Exactly what was in them? Cider? Dead gerbils?

2) We're amused that there's a group of civil servants employed in a Drinking Water Inspectorate in the first place, in Whitehall offices near Horse Guards Parade. Do they sit around in rooms all day, wearing white coats and sipping water? ("Oh, that's nice, try this one - the tiniest hint of hollyhocks". "Oh yes, lovely. Anyone fancy a coconut macaroon?"). The leader of this group has the enviable title of Chief Inspector of Drinking Water. He/she must have a great palate.

When you're next out at a meal, it may well now be worth ensuring your water comes from a tap rather than a bottle. It'll be cheaper, and as long as you're within the 99%, you should also be more confident in its taste, too.