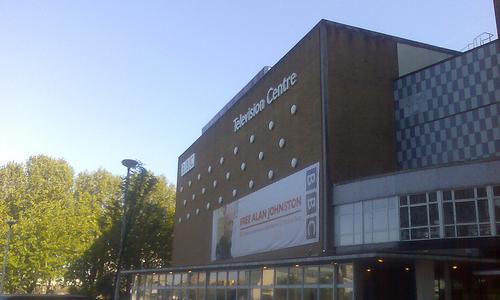 While you ponder how much you would miss the Robin Hood Gardens estate in Poplar, consider also the well-beloved BBC Television Centre, currently in the middle of its own listing row. While the BBC itself wants to be rid of the iconic but crumbling building, English Heritage has waded in to ask the Government to slap on a Grade II listing to save it from the pervasive and insistent hands of developers. Once listed, it will require permission from the highest level ie. Cabinet-level to go ahead with demolition. Stringent checks and permissions will be needed to alter brickwork, windows or doors. For property developers wanting to make swish residential and commercial solutions in Wood Lane, this could be what is commonly known as 'a bummer.'

Interesting Television Centre fact no. 1: Studio 1 is the biggest and most expensive studio in television centre. For the early series of Red Dwarf, there was no budget for any set after the production team hired it for filming so they had the hapless space team running around the exposed lighting rigs and gangways, which worked brilliantly (and cheaply) for convincing us they were on board a massive spaceship.

Interesting Television Centre fact no. 2: it is shaped like a question mark, hence the curve of the front which has served as backdrop to many memorable live outside broadcasts (and many forgettable / regrettable ones too) over the years. While the question mark shape is now ominously fitting as the television centre awaits its fate, we're sitting on the fence on this one. As long as the pets buried in the Blue Peter garden aren't disturbed and unleashed in spirit form to avenge the corruption that has befallen the current Blue Peter team, we're not campaigning either way.

Image by markhillary, showing BBC Television Centre draped in Free Alan Johnston banners during the period when the BBC reporter was kidnapped in Gaza. Courtesy of the Creative Commons Attribution licence, with thanks.