Will a Bullet-Proof Hoodie Ruin Your Street Cred?

By KizzieFK Last edited 156 months ago
KizzieFK Will a Bullet-Proof Hoodie Ruin Your Street Cred? 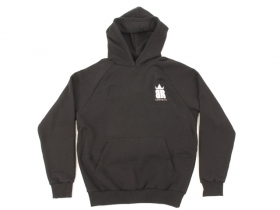 Letting people feel a bit more like superheroes, Bladerunner, manufacturer of slash-proof vests, has developed a hoodie that'll stop a speeding bullet. Well, at least a bullet from a 9mm Magnum handgun. And only on your torso — the hoodie essentially just has a removable bullet-proof vest inside it.

The futuristically named Romford firm will be selling their "Defender" top for £300 and plans on targeting American consumers, though there has been some demand from Londoners, too. They expect the shirt to hit the market in four to six weeks.

Gun control groups have condemned the top, saying it encourages violence and exploits customers. They have predicted a rise in gang violence and worry the 1-kilo hoodie may become a status symbol in gangs. But wouldn't a bullet-proof hoodie ruin your street cred?

The company notes that its knife-proof top isn't a hit with the juvenile delinquent crowd and its current customers range from undercover police officers to nervous nellie parents. Though a Bladerunner exec also says,

“We don’t want to be arming gangs, but we can’t investigate everyone who places an order.”

And while the idea of body-armoured miscreants having shoot-outs in the streets is scary, it doesn't seem like a £300 ballistic vest hidden under a hoodie will really be the gateway to all-out anarchy.