UK's Top Landmark Unveiled - And It's A Star Of Londonist's Logo 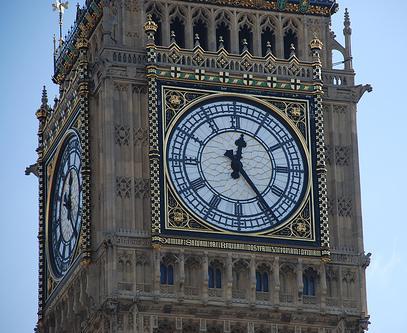 Back of the net! Londonist’s favourite gargantuan timepiece, Big Ben, is basking in glory this morning, after being voted Britain’s most-loved landmark. Beating off the prehistoric monument and UNESCO World Heritage site Stonehenge into second, The Clock Tower was one of six London attractions to make the top 10.

Celebrating the 202nd birthday of Isambard Kingdom Brunel, the survey by construction firm Faithful and Gould held no place for any of the British engineer’s bridges or tunnels in its top 10. Instead the list honours perennial capital favourites the Houses of Parliament and Buckingham Palace, along with that treasured young tyro, the London Eye. Non-London landmarks that made the grade included the Blackpool Tower and Edinburgh Castle.

A further feather in the cap of the world's largest four-faced, chiming clock, as well as acting as cinematic shorthand for any Hollywood scene-setting in London, and its chiming being heard in the titles of numerous radio and television news shows, the monument famously adorns our fair Londonist logo too.